Whether directing a contemporary indigenous stage performance, covering the Beatles classic Elanor Rigby with a pan flute and charango for TEDxKC or creating a diatonically-tuned bendy-straw, Amado Espinoza understands the importance of fully committing to a pursuit.

“For me, being a professional musician means when you dedicate your entire life to music,” he said.

A prominent face in the Kansas City music mosaic, Espinoza has most recently been featured as the 2017 Charlotte St. Resident Performing Arts Fellow, co-director/composer for the University of Missouri-Kansas City’s 2018 Storytelling project, and is currently recording a new album with percussionist Andres Ramirez, violinist Tina Bilberry, and bassist Johnny Hamil, set for release in November.

The road that brought Espinosa to Kansas City and international renown, however, winds all the way back to his childhood in the high Andean deserts of South America. Born in Cochabamba, Bolivia, Espinoza’s interest in music “awoke” at age 9 during school, he said.

“My first encounter with music was through … what we call a Sikus, an Andean pan flute,” Espinoza said. “I was playing for a marching band.”

Espinoza soon realized he could imitate melodies heard on the radio, and began balancing music with his daily chores.

“Growing up, I would take two containers and walk three or four blocks to get water every day,” he said. “It was very difficult.”

During that time, in a foreshadowing of his professional career, the young musician began making his own instruments.

“In the very beginning it was very hard, especially in Bolivia — I didn’t have Internet,” Espinoza explained. “I would make instruments, and sometimes I would have only the picture of that instrument, I’ve never heard it. I learned by myself to make instruments.”

Despite his rising trajectory, Espinoza’s spirit for music was nearly crushed at a critical time.

“When I was 16 years old, I was studying at the Andrés Bello Institute. One of the teachers, they said, ‘You don’t have ear, you are very bad. Don’t come,’” he said. “It was hard to hear that. So I had two options: one is to quit and dedicate to something else, or to work double, work very hard. I decided to work very, very hard.”

And so, nose to the grindstone, Espinoza went on to make a name for himself. After studying at Conservatory Milan in Cochabamba, Bolivia, he established the Museum of Musical Instruments for the Foundation Luis Ernesto of the Andes in 2000. Later, he founded and produced four albums for Tribu Kona, a world music ensemble, and collaborating with many other artists including one of Bolivia’s top rock bands, Oil.

It was during this period Espinoza met his future wife, Karen Lisondra.

“My wife, she is from Hutchison, Kansas,” he said. “We met in Bolivia. She is an actress, and she was looking for someone to compose music for her play.”

After collaborating on the stage play “Mocambo,” the couple came to Kansas City in 2014, where Espinoza immediately immersed himself in the area’s community of artists. The transition was aided by the nature of musical collaboration — and his nearly 40-instrument repertoire, he said.

Esponiza’s collaborations and original works span vast genre gulfs, encompassing everything from baroque to country and Arabic to African music, and beyond. Along the way, Espinoza has also established his reputation as a crafter of native instruments, shipping handmade didgeridoos, N’gonis, and Kalimbas to clients in Europe, USA, Mexico, and South America.

“A lot of instrument makers, they don’t see a lot of details or improvements that you can do in one instrument,” he said. “For me that is very important.”

Not always satisfied with conventional instrument designs, Espinoza continues to mix and meld instruments from different traditions. His latest creation: a design featuring elements of the Andean charango and the American banjo, which he’s named the “Charbanjo.”

“I like experimenting, it’s very fun for me,” he said. “A goal of mine is to create unique instruments. I’m working right now on a didgeridoo saxophone. I have more ideas.”

Even — or especially — for artists’ of Esponiza’s caliber, success means organization, diversification, and practice; lots, and lots of practice.

“It’s not easy, because every day you need to practice, you need to maintain your level,” he said. “And people expect a lot from you. For me, it is dedicating all my energy and time to all of my instruments.”

To survive marathon practice sessions of 10 or even 12 hours, Espinoza will often continuously rotate instruments.

“Sometimes it hurts my fingers — I play a lot of string instruments,” he said. “If that happens, I’ll switch to practicing, say, didgeridoo, and then if I tire of breath instruments, I’ll play drums.”

“For me, it’s better for an artist to have a continuous, solid foundation,” he said. “For us, it’s working with schools or libraries. If I were to just play music, I would probably play twice a month. … It’s not enough.”

Handling that more business-centric side of artistry requires a willingness to DIY aspects of self promotion, he added.

“For the business side, you always need to develop more skills,” he said.” You need to be able to design your flyers, your videos, your website. You need to make your own everything.”

Looking back over his experiences as a working artist — the good, the bad, and the ugly — Espinoza often advises young artists to adopt a transformational attitude, he said.

“One thing I always want to share with young kids is to trust in themselves,” he said. “And they need to work hard, to continue, even when people say no, you aren’t good enough, or you won’t have a good future.

“The bad things you need to transform into inspiration or energy to work harder.” 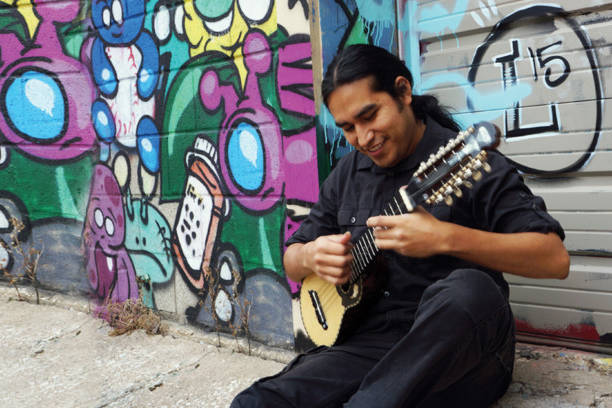 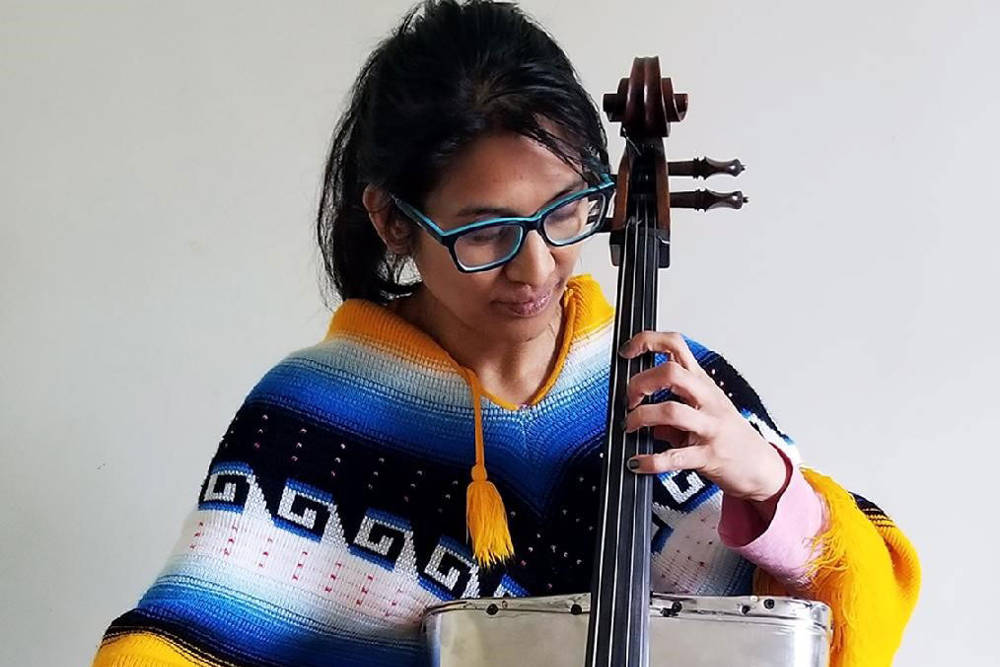 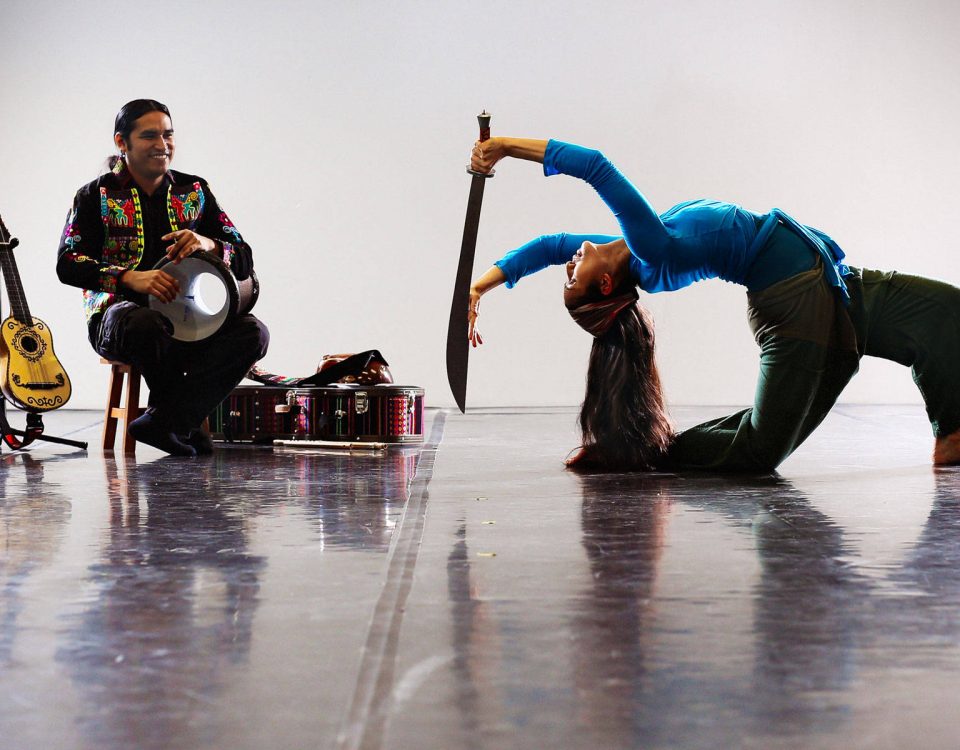